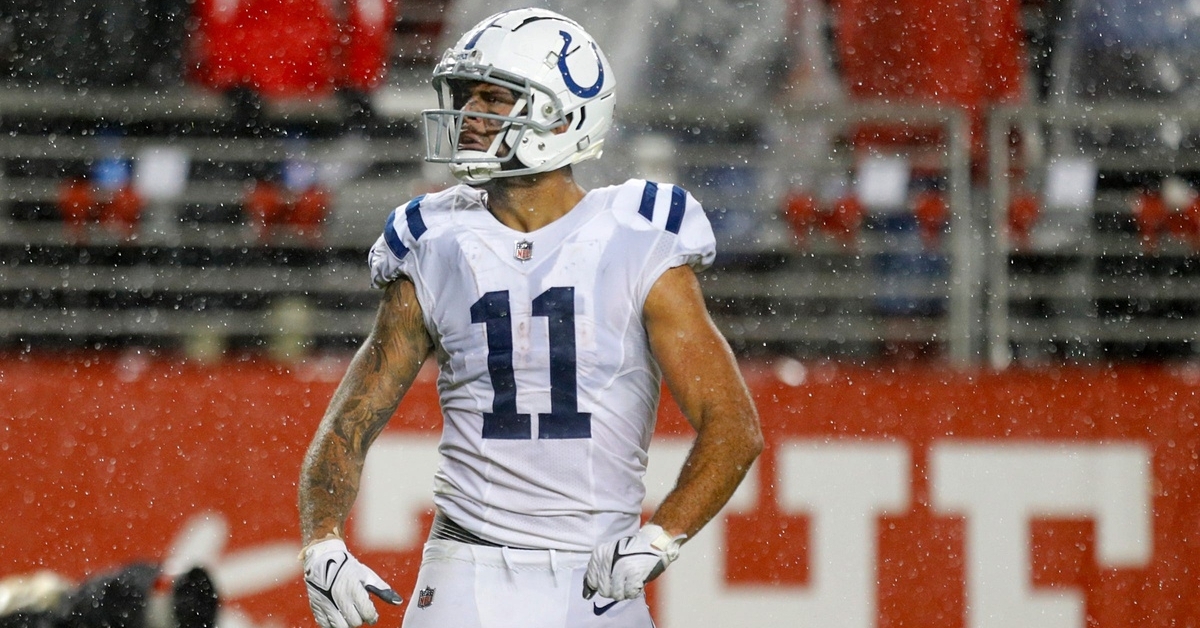 The Chicago Bears are officially on the clock, holding the No. 1 pick in the 2023 NFL draft. This will be an ongoing conversation for the next several months as the Bears hold the keys to the entire draft. Having the No.1 pick gives them plenty of options as it allows them to draft whoever they want to draft without the chances of them being off the board later.

The Bears will also be in a great position to trade down in the draft to acquire more picks and pieces. That is the consensus right now, as the top two players in this year's class are QBs which the Bears don't need. However, several teams behind them need a QB, and most of them will attempt to trade with the Bears to take a QB No.1.

One of those teams has already made it public that they want a QB and are willing to do whatever it takes to get one. That team is the Indianapolis Colts, who could become the Bears first of many trade partners in the coming weeks. Ever since Andrew Luck retired more than five seasons ago, the Colts have had a revolving door at the QB position, and it hasn't gone well for them.

Apart from Phillip Rivers two years ago, the Colts have struggled with QB play as Carson Wentz, Matt Ryan, Sam Ehlinger, and Nick Foles are just a few of the guys who have taken snaps under center the last two years. That is not going to get it done in the NFL, and the Colts know that hence why they want to make a move to get a No. 1 QB.

According to recent reports from David Kaplan, the Colts are not only looking to move up in the draft, but they are expected to offer the Bears a massive trade package that circles around the No. 1 pick and several players.

“The Colts reportedly are ready to put a deal together that would include WR Michael Pittman, potentially another player, and a bevy of draft picks," Kaplan said recently.

Getting into Pittman for a little bit and what he would bring to the table. At just 25 years old, Pittman is about to enter his prime as a player and would have an excellent opportunity to be a legitimate No.1 with the Bears. Despite the Colts finishing in the bottom third of the league in passing the last few years, Pittman continues to be a rising star as he has had two great seasons.

After coming away with more than 1000 yards in 2021, Pittman fell short of that in 2022, but did have to battle through some injuries. However, he delivered a career-high 99 receptions in the Colts’ “X” receiver role and finished tied for the seventh-most contested catches in the league (15). For an offense that has struggled to pass the ball as much as the Colts have, that is impressive, and that alone could help Justin Fields and his overall passing game.

A second-round pick in 2020 out of USC, Pittman has all the intangibles to be a No. 1 WR in this league, and with a better QB, could become just that. With Darnell Mooney and Chase Claypool as the only WRs under contract for next year, Pittman would make that room a much deeper room while giving the Bears a weapon they haven't had since Allen Robinson during his first three years in Chicago.

At 6-4 and 223 pounds, Pittman would give the Bears the size at WR that they are looking for while also bringing above-average speed with him. He has a proven track record of high-volume receiving production, averaging 94 receptions per season in his last two seasons in Indianapolis. That is more than anyone else on this roster.

Along with Pittman, the Bears would get the No. 4 pick, which also benefits them. It would allow them to draft Will Anderson Jr or Jalen Carter, and both would be enormous gains for the defense. You can also expect the Colts second-round pick, #35, and a future second-round pick coming to Chicago, as the Bears will have a jumpstart on rebuilding this team quicker.

Top Nick Foles News
Top Chicago Sports News of the Week
Partner of ChicagoBearsHQ.com, ChicagoBullsHQ.com, CubsHQ.com, and TigerNet.com
ChicagoSportsHQ is an independent site and is not affiliated in any way with Chicago Professional Sports Teams.