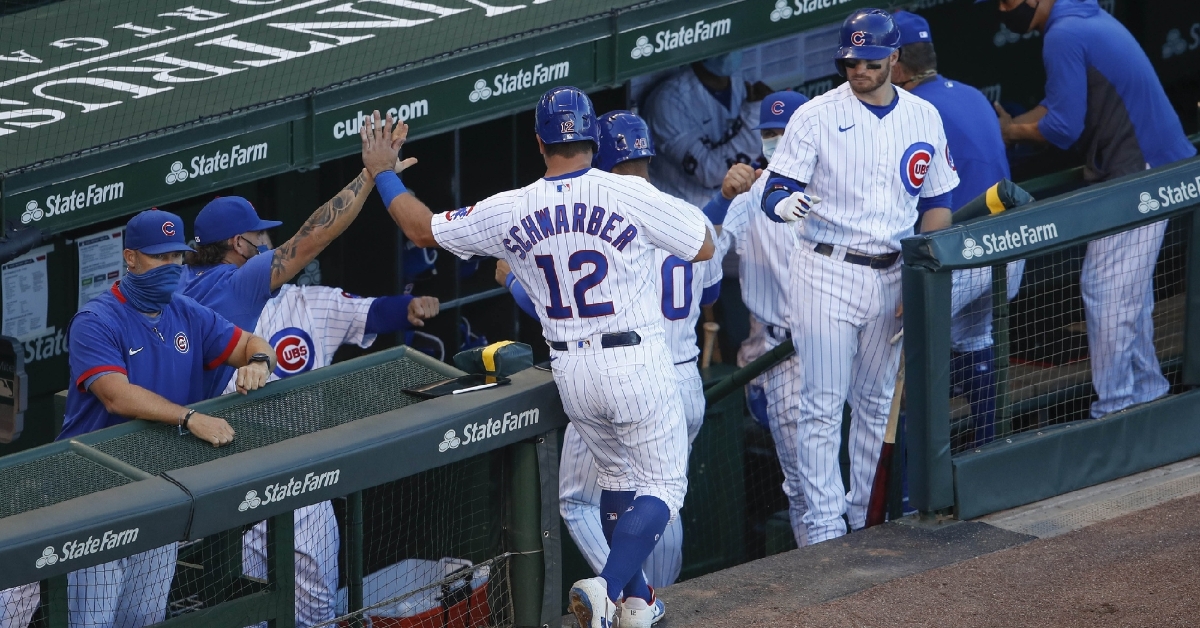 As the Cubs had an off-day on Thursday, we thought at CubsHQ, it would be a great time to update you all on the state of the NL Central, as we are about a little over a third of the way through this wonky season.

The standings and the season have been starting to take shape. Both outbreaks have finally been controlled in the clubhouses of Miami and St. Louis. Various teams are still experiencing positive tests, and the Padres can’t stop hitting Grand Slams.

As we have been saying all season long, Covid-19 is the most unpredictable and most important aspect of this season for baseball to navigate. As I mentioned above, both outbreaks have been taken care of thus far — which now means an influx of now seven-inning doubleheaders that affect almost every team in the MLB.

The Cubs are one of the teams who have been affected by these doubleheaders, and no team more than the St. Louis Cardinals who have now played three and will play almost ten more this year.

So without further adieu, let’s take a look at the previous week (and some change) and preview the upcoming week in the NL Central.

Cubs 16-8: The Cubs have played 11 games since the last time we updated these standings, and it has been the first up and down for this team so far this season. The Cubs went into Cleveland and swept the Indians, scoring seven runs in each contest. Then the Cubs played a four-game series against the Brewers in Chicago and won just the first game before dropping three straight one-run contests. Then, the Cubs played the Cardinals for five games in the three games. The Cubs split each of the two doubleheaders and won the middle game against the Red Birds, maintaining a healthy lead in the NL Central.

The Cubs’ starting pitching has continued to excel, despite the injury to Tyler Chatwood — as the Cubs have gotten strong starts from Tyson Miller, Adbert Alzolay, and even Colin Rea. Offensively the Cubs have struggled to truly get their power guys going, such as Kris Bryant, Javier Baez, Willson Contreras, and Kyle Schwarber, who have struck out at a near 40% rate. The lineup has been anchored instead by Ian Happ, Anthony Rizzo, and Jason Heyward as of late — with extremely valuable platoon contributions from Jason Kipnis and David Bote. This weekend the Cubs take on the White Sox for three games at Wrigley and look ahead to a road trip next week.

Cardinals 7-7 (4.0 GB): The Cards are finally back in action after a 17 day Covid-19 induced break from baseball due to the coronavirus outbreak in their clubhouse. Since returning, the Cardinals have played three doubleheaders and nine games in their last six days. The Cardinals were scheduled to return to action on Friday but had their first game postponed. The Red Birds were forced to play a day/night doubleheader with the White Sox and won both games before dropping game three on Sunday. Then the Cardinals played the Cubs for five games and won two first games of the doubleheaders. The Cardinals then began a lengthy homestand by welcoming the Reds on Thursday and beating them 5-4. The Cardinals have been getting substantial offensive contributions from Paul Goldschmidt and Brad Miller and know that they are going to need a ton of contributions from all over their pitching staff to effectively complete 55 games in 44 days that the Cardinals are going to try to do. The Cardinals are looking forward to 11 straight games at Busch Stadium.

Brewers 11-12 (4.5 GB): During these past ten games, the Brewers have had arguably the toughest possible schedule of the NL and AL central teams available and faired pretty well. The Brewers had three against the Twins at home last week and lost two of three. Then, the Crew traveled to Chicago to take on the Cubs for four games. They were able to steal three one-run games from the current NL Central-leading Cubs. Then, the Brewers traveled to Minnesota to take on the Twins again, completing their series with the Twins and losing two of three. The Brewers have ridden a strong bullpen to get their wins thus far, and are hoping for more of the same from Christian Yelich as he gets hot. This weekend the Brewers take on the Pirates for three in Pittsburgh.

Pirates 4-17 (10.5 GB): Last time we checked in on the Pirates, they were 3-13, and they have only one game since. The Pirates have gone 1-4 over the previous ten days or so. The Pirates caught the tail end of the Cardinals outbreak, having three games postponed last week. Then the Pirates began a four-game set with the Reds. They won one, lost one, and the next two were canceled due to a positive Covid-19 test in the Reds system. This week the Pirates got swept by Indians and are staying home and welcoming the Brewers for three.

Stay tuned for another update on the NL Central next week.