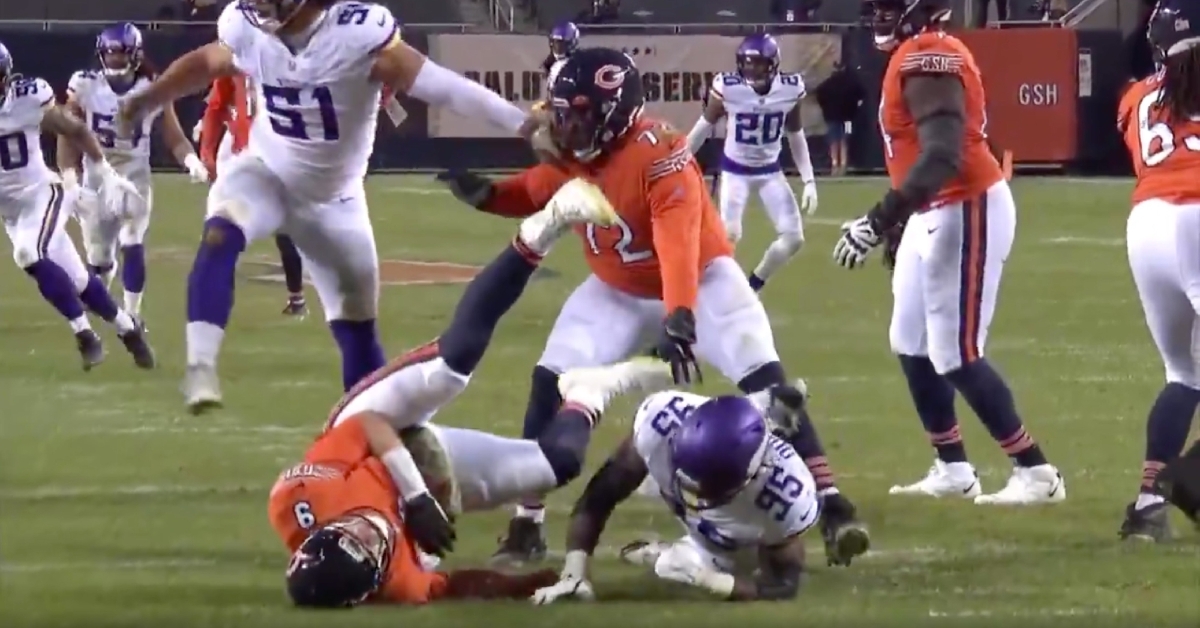 Nick Foles collided with the ground upon getting thrown down by a Vikings pass rusher late in Monday's game.

CHICAGO — With the Chicago Bears looking to put together a game-winning drive in the final minute of Monday's contest, Bears quarterback Nick Foles was injured on the first play of the possession. The Minnesota Vikings' pass rush got to Foles, and defensive end Ifeadi Odenigbo slammed Foles to the ground just as he got rid of the ball.

The incompletion with 37 seconds remaining eventually led to a turnover on downs that ended the game, but, more significantly, Foles was unable to remain in the game following the play. Lying on the grass at Soldier Field in obvious pain, Foles was evaluated by trainers before being carted to the locker room.

Nick Foles gets carted off the field after this fall. #Bears #Vikings pic.twitter.com/KzAblB0FJu

Tyler Bray took over for the Bears under center but was unable to lead them down the field after completing an 18-yard pass on his first snap. The Vikings wrapped up their 19-13 Week 10 victory soon afterward, handing the Bears their fourth consecutive defeat.

Heading into their Week 11 bye, the Bears are plagued with offensive question marks and will now have to deal with quarterback uncertainty. Foles and backup quarterback Mitchell Trubisky are both injured and may not be available to play once Week 12 arrives, meaning Chicago's offensive woes might become even worse.