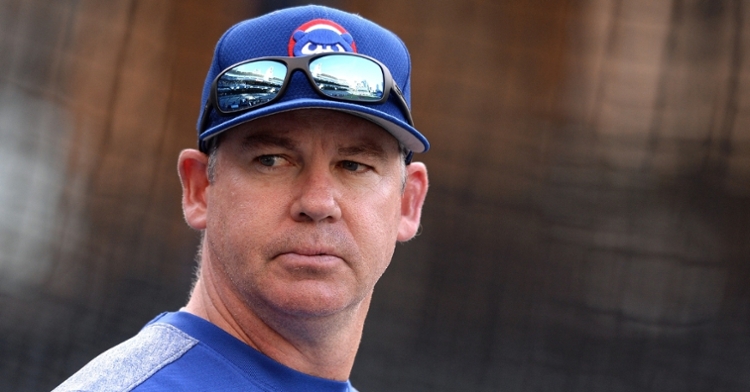 SAN DIEGO — Not long after Chicago Cubs bench coach Mark Loretta was beaten out for the Cubs' managerial position, he did not get the nod for becoming the San Diego Padres' next manager, either. Loretta interviewed for the job with the Padres earlier this week, but the Padres announced on Thursday that Jayce Tingler, a player-development specialist in the Texas Rangers organization, would be the Padres' new skipper.

Loretta was an infielder for the Padres from 2003-05, earning an All-Star selection and a Silver Slugger Award in 2004. He also worked in the Padres' front office prior to being named the Cubs' bench coach in January. While there is no word yet on who will make up new Cubs manager David Ross' staff, it is likely that Loretta, should he not be hired as a manager by another club, and other members of the current coaching staff will remain with the Cubs franchise.

Jayce Tingler is the choice for Padres manager

Top Mark Loretta News
Top Chicago Sports News of the Week
Partner of ChicagoBearsHQ.com, ChicagoBullsHQ.com, CubsHQ.com, and TigerNet.com
ChicagoSportsHQ is an independent site and is not affiliated in any way with Chicago Professional Sports Teams.