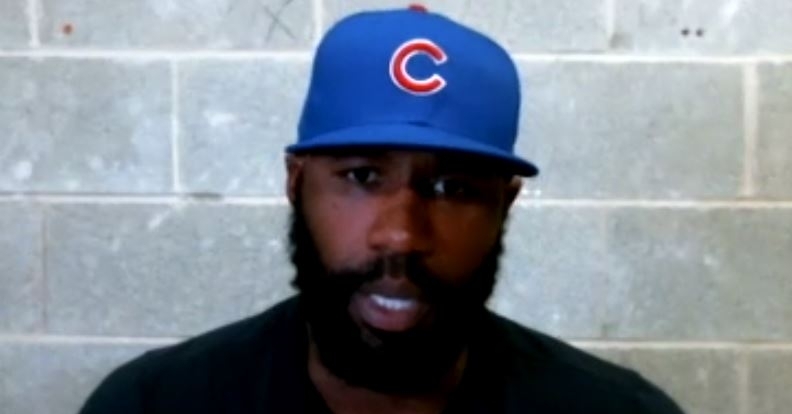 Several MLB games were postponed on Wednesday night as different teams took a stand against the police shooting of 29-year-old Jacob Blake.

Cubs outfielder Jason Heyward decided that he would sit out Wednesday's game against the Detriot Tigers to be part of the protests throughout the sports world.

"Before I could even get myself together to go talk to our manager,” Heyward said, "He called me in his office and opened the floor to me.”

Heyward said that Ross talked to him as it helped him make a decision and then he told his teammates.

"I decided to let my teammates know I couldn't go out there and play tonight with what's happening. I told them I can't tell you what is going to happen tomorrow, tonight I need to be part of what is going on with unity."

"I had full support from them, teammates, coaching staff, everyone,” Heyward said. “So, I encourage them to go out there and play the game tonight. I didn't want anyone to sit here and say no we didn't need to play the game. I can only tell them what I was going to do and lead that way."

"I feel like I need to be a part of it,” Heyward said of the movement, "or else I'm going back on my word."

Heyward shared that the team discussed not playing as several teammates weren't comfortable playing if Heyward was sitting.

"They didn't want to leave me handing," he said. "I encouraged them to go play the game. I don't think the game should be canceled but I have to do what I have to do. That's another reason I was in the dugout supporting them because they support me every single day through this. I am right there with them fighting the fight. We got a season going on.

Heyward understands that sometimes his platform can used for more than just baseball.

"Sports sometimes are a distraction and not in a bad way, it's a good thing,” he said. "But when you have causes that need to be spoken on and acted on, I think it’s huge that sports do also pay attention and use the platform that we have in another way."

Jason Heyward answers whether or not his @Cubs teammates thought of supporting his boycott of tonight's ballgame.#GoCubsGo pic.twitter.com/BBJvoSQMv2

“It’s time for us to stand up and be a part of the cause and not just sweep it under the rug,” Heyward said.