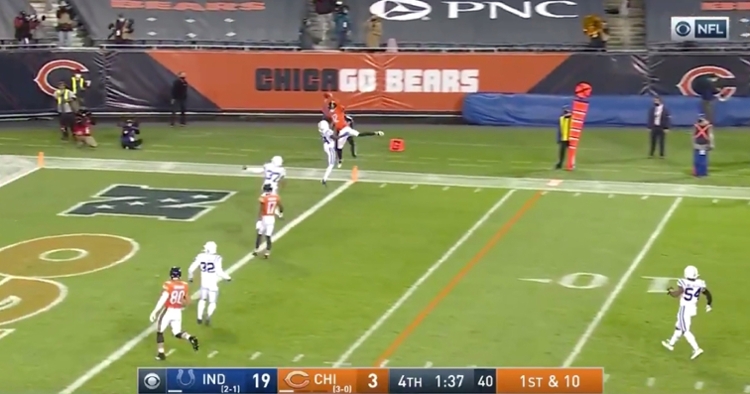 CHICAGO — Giving the Chicago Bears their only touchdown of the game against the Indianapolis Colts, wideout Allen Robinson climbed the ladder and pulled down an impressive grab in the end zone on Sunday. The Bears lost the Week 4 matchup at Soldier Field 19-11, but quarterback Nick Foles, who was making his first start with the Bears, was able to lead the Bears on a touchdown drive late in the game.

With 1:35 remaining, Robinson elevated over his defender and snagged a pass from Foles, coming down into the end zone for a 16-yard touchdown. Running back David Montgomery ran it in on the ensuing two-point conversion, but the Colts recovered the onside kick that followed and ran out the clock. Foles now has four touchdown passes on the year, and Robinson now has two touchdown receptions in 2020.

Allen Robinson leaps up and snags the pass from Nick Foles for the TOUCHDOWN! ??pic.twitter.com/VeTovHJWbY