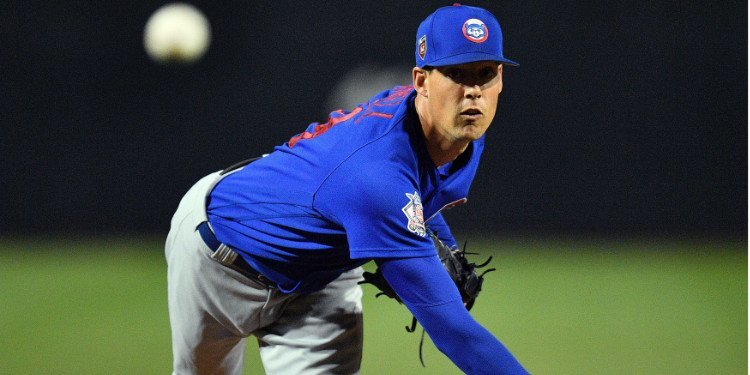 Farrell, who will wear uniform number 59, will be available for the Cubs this afternoon when they begin their three-game series against the Pittsburgh Pirates at PNC Park.

Farrell is a native of Westlake, OH and was originally selected by the Royals in the sixth round of the 2013 Draft out of Northwestern University. He is the son of former major league manager John Farrell and the brother of Jeremy, the Cubs minor league infield coordinator, and Shane, a regional crosschecker for the Cubs.

The #Cubs add a fresh arm to the bullpen pic.twitter.com/1R69YSRGeu

#Cubs wanted extra arm in Farrell with Montgomery making 1st start. Maddon: "We needed that for today and possibly for length. If Monty had trouble early, we're really not covered"