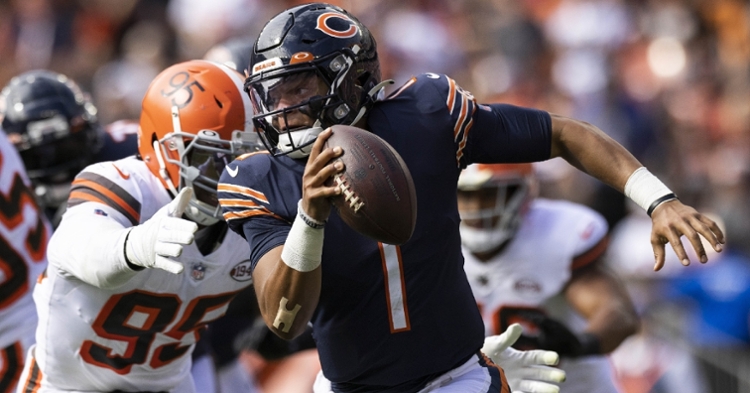 It was a dominant defensive performance by the Browns in their 26-6 win over the Bears on Sunday at First Energy Stadium.

Nine sacks and a myriad of quarterback pressures led to rookie quarterback Justin Fields running for his life on most plays.

Fields was the first quarterback since 1970 to be sacked at least nine times and throw for fewer than 100 yards (47 net yards) in his first career start.

During his postgame comments, Bears head coach Matt Nagy said that Fields suffered a hand injury during the contest.

Fields later said that his hand is fine during his media access but took a precautionary X-ray.

This hand injury will be something important to monitor this week as hopefully everything is perfectly fine. Fields was 6-of-20 passing for 68 yards.

Matt Nagy said #Bears QB Justin Fields may have injured a hand late in the loss this afternoon. pic.twitter.com/8fo8A0pMMi