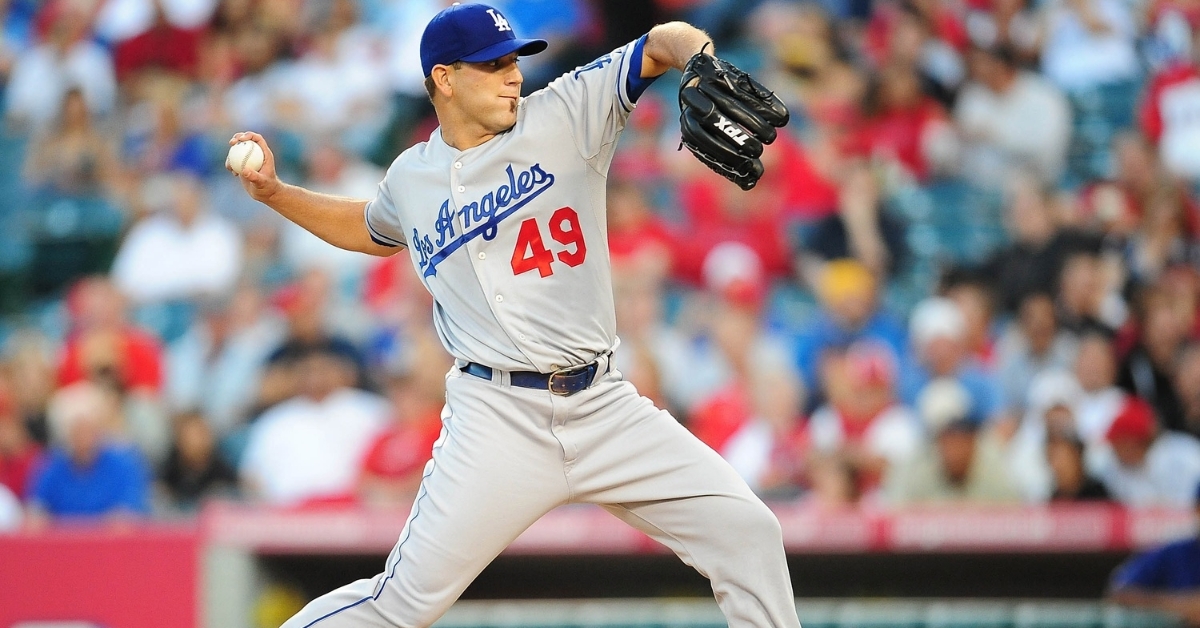 Earlier this year, Charlie Haeger was hired to serve as the pitching coach for the Cubs' Double-A affiliate. (Credit: Gary A. Vasquez-USA TODAY Sports)

SCOTTSDALE, Ariz. — Prior to the 2020 minor league season being canceled due to the COVID-19 pandemic, Charlie Haeger was hired to serve as the pitching coach for the Tennessee Smokies, the Double-A affiliate of the Chicago Cubs. Haeger previously pitched in the majors from 2006-10, serving primarily as a reliever and suiting up for the Chicago White Sox, San Diego Padres and Los Angeles Dodgers.

Sadly, Haeger's life took a tragic turn this week, and he was found dead of a suspected self-inflicted gunshot wound on Saturday. Prior to his death, Haeger was a wanted man who was on the run from authorities after being ruled as the primary suspect in the shooting death of his ex-girlfriend, Danielle Long.

Haeger supposedly shot Long at her apartment on Friday and pointed his gun at Long's roommate before escaping. Haeger's abandoned car was later found by authorities in Flagstaff, Ariz., and his body was discovered on the South Rim of the Grand Canyon in northern Arizona on Saturday afternoon. Haeger was 37 years old.

Former MLB pitcher Charlie Haeger, who was supposed to be the Cubs' Double-A pitching coach this season, was found dead today of an apparent self-inflicted gunshot wound, Scottsdale police confirmed. He was wanted in the shooting death of his ex-girlfriend.