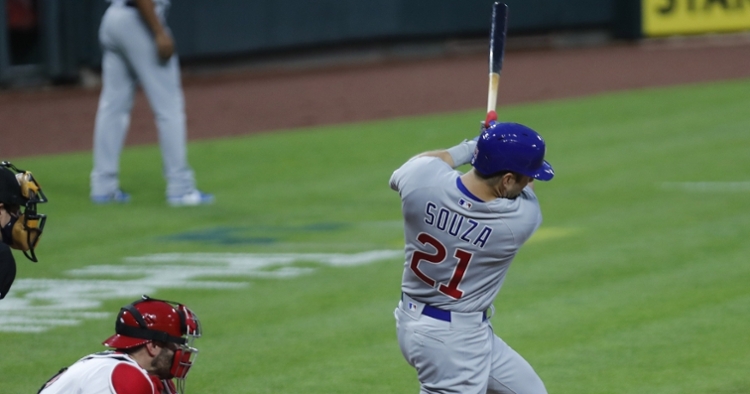 In the Cubs' game against the Brewers on Thursday, Steven Souza Jr. had some fun in the outfield. (Credit: David Kohl-USA TODAY Sports)

CHICAGO — The Chicago Cubs' Steven Souza Jr. started in right field on Thursday, and he opted to keep the age-old tradition of tossing foul balls to fans alive, even with no fans present at Wrigley Field. After gloving a ball hit into foul territory by a Milwaukee Brewers batter, Souza lofted it all the way up to the Wrigley Rooftops overlooking the right field corner.

Cubs first baseman Anthony Rizzo was caught on camera laughing at Souza's antics, which did not end there. Evidently, a fan in the bleachers outside the park hurled the baseball back to right field, and play had to be stopped so that Souza could discard the baseball. He feigned like he was going to hide it in the ivy before tossing it out of play.