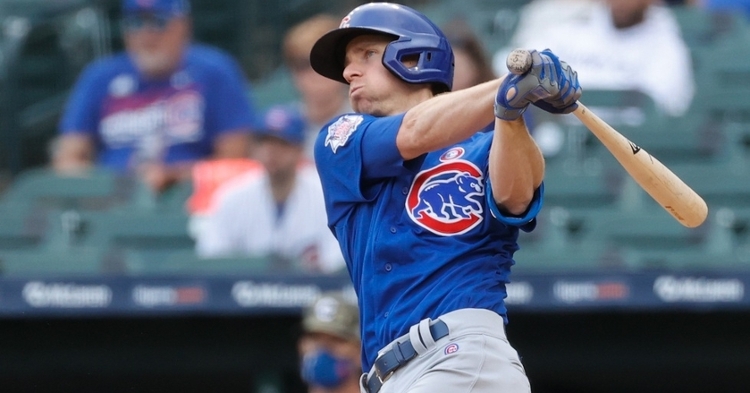 Duffy has been impressive in 2021 (Rick Osentoski - USA Today Sports)

PITTSBURGH – The Chicago Cubs today placed infielder Matt Duffy on the 10-day injured list (retroactive to May 23) with a low back strain and selected infielder Patrick Wisdom from Triple-A Iowa. To make room for Wisdom on the 40-man roster, right-handed pitcher Jason Adam has been designated for assignment.

Wisdom, who will wear uniform number 16, is available for tonight’s 6:35 p.m. ET game against the Pittsburgh Pirates at PNC Park.

Wisdom, 29, has posted a .913 OPS with a double, three home runs, 11 RBI, six walks in eight games for Triple-A Iowa this season. After going hitless in his first four games (0-for-14), Wisdom has four hits and five walks in 17 plate appearances spanning his last four contests.

The right-handed hitter appeared in two games for Chicago at the end of last season after signing a minor league contract with the organization, August 23. In 43 career major league games between the Cardinals (2018), Rangers (2019) and Cubs (2020), Wisdom has hit .218 (17-for-78) with two doubles, four home runs and 11 RBI, appearing in 17 games at third base and 11 games at first base.

Wisdom was originally selected by St. Louis in the first/compensation round (52nd overall) of the 2012 Draft out of St. Mary’s College of California.