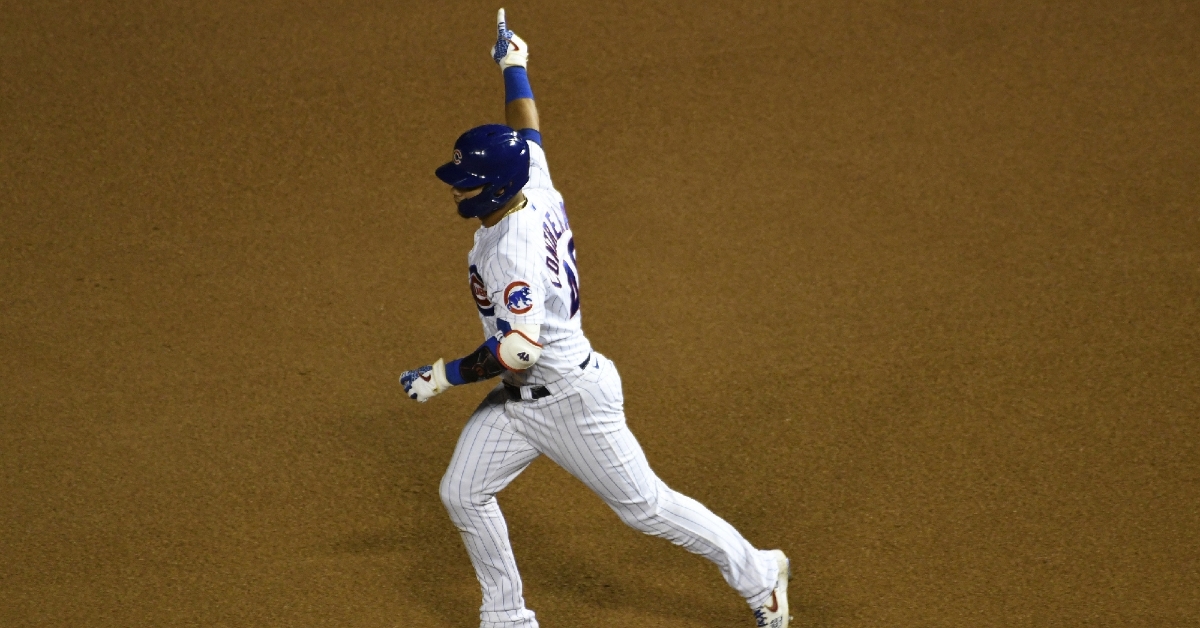 It is always nice when a team can have a perfect homestand. That is exactly what the Cubs did this week as they completed a two-game sweep of the Royals capping off a 5-0 homestand to move to an NL Best 9-2 on the season. It certainly was not an easy homestand by any means as the Cubs gave us plenty of drama to live through in most ninth innings. Regardless, they find ways to win and keep winning. Here is some take away's from this series win.

Except for Javy Baez's sacrifice fly on Monday, all the Cubs runs in this series were scored via the home run. That is a common trend in baseball, but teams often live and die too much by the long ball. Chicago indeed loves the home run ball as they have homered in all but one game this season.

While I would love for the Cubs to figure out other ways to score, a win is a win at this point, and if you hit homers to win, so be it. Chicago has been fortunate enough to catch teams at the right time to start the season, and it will be interesting to see how the home run ball plays with better pitching.

Craig Kimbrel needs to be fixed:

I get why David Ross keeps sending Kimbrel out there, but the Cubs cannot afford much longer. The 16 million dollar closer clearly doesn't have it anymore as he yielded two earned runs yet again last night. In just three outings this season, Kimbrel has yet to complete an inning and has allowed at least two earned runs each time.

He has taken comfortable leads and turned them into nightmare headaches. The biggest mystery with Kimbrel is that no one knows what has happened or how to fix it. Kimbrel can still throw in the upper 90's with his nasty curve, but for some reason, there is no movement on his pitches, allowing hitters to square it up. Maybe he is tipping his pitches. Who knows, but what I do know is that Ross needs to put him in non-save situations from here on out with hopes the veteran reliever can figure something out.

Although much of the lineup has remained the same this season, David Ross has shown he won't play favorites and will do his best to get everyone involved. Last night it was Jason Kipnis' turn to produce.

The veteran second baseman signed a minor league contract with the Cubs this offseason and made the team out of spring. He was set to platoon with Nico Hoerner at second but has found less playing time as Nico continues to improve. When called upon, Kipnis has delivered as he smacked his second homer of the season last night. He now has four extra-base hits in his four games played, which leads me to wonder if his bat will get more looks.

How long can the starting pitching carry this team?

Over the past two seasons, the biggest question mark has been about the Cubs pitching. Through 11 games this season, that is the least questioned part of this team.

Through two times through the rotation, now entering the third, only the Rockies have been better in terms of what their starting staff has put together. I mean, look at the numbers. In two starts at Wrigley, Kyle Hendricks has allowed two earned runs in 16 innings of work and has a team-worst 3.52 ERA. That is primarily because of his rough outing in Cincinnati, but a 3.52 ERA is not all that bad.

.@Plakata breaks down why Kyle Hendricks is so effective. pic.twitter.com/z9Djw4UNt0

Yu Darvish is the next highest on the team as his ERA is sitting at 2.70. You have Alec Mills who's ERA is elite with both Tyler Chatwood and Jon Lester posting ERA's below one with Lester coming in at 0.82 and Chatwood at 0.71. The team will not be able to sustain this level of success all season, but just how enjoy this performance by the rotation.

I said the biggest X-Factor in the rotation this season would be that of Chatwood, and through two starts, he has been nothing but impressive. Keep in mind; Chatwood started 3-0 with a 2.34 ERA before the wheels fell off in 2018, so there is still time for that to happen. Along with these five, the Cubs called up last seasons PCL pitcher of the year in Colin Rea to bring in bullpen help, and Jose Quintana should be ready in a few weeks.

What to do with Quintana will be a great question, but something the Cubs will answer eventually. For once, it appears the Cubs have a starting pitching problem where they have lots of talented starters and not enough places for them in the rotation. That is an excellent problem to have and something David Ross is undoubtedly happy about.