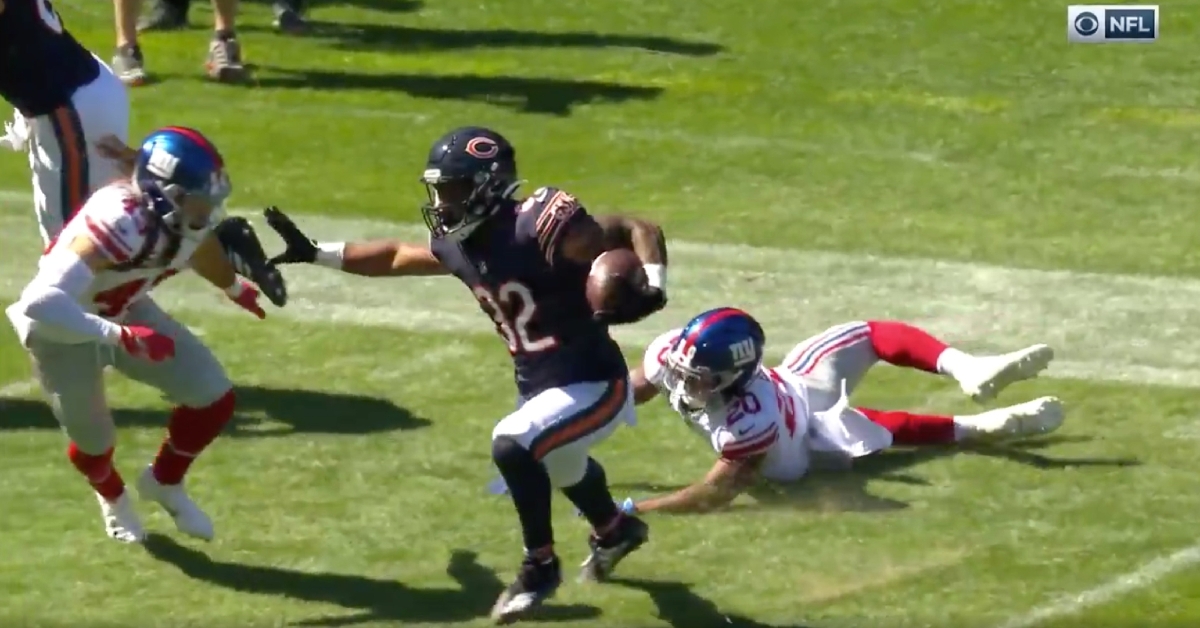 Bears running back David Montgomery scored from 28 yards out on a third-down pass play.

CHICAGO — The Chicago Bears drove the football 82 yards to the house on the opening drive of Sunday's game against the New York Giants. On third-and-7 from the Giants' 28-yard line, Bears quarterback Mitchell Trubisky connected with running back David Montgomery for a touchdown pass.

After scrambling to his right, Trubisky dumped it off to Montgomery, who found some room to run and barreled his way 28 yards to the house at Soldier Field. The 12-play drive ended with the Bears taking an early 7-0 lead in Week 2 after failing to score a touchdown until the fourth quarter in Week 1.

Update: Montgomery returned to the game on the Bears' first drive of the second half.